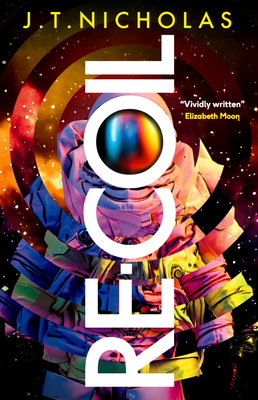 The Expanse meets Altered Carbon in this breakneck science fiction thriller where immortality is theoretically achievable, yet identity, gender and selfhood are very much in jeopardy...

Carter Langston is murdered whilst salvaging a derelict vessel--a major inconvenience as he's downloaded into a brand-new body on the space station where he backed up, several weeks' journey away. But events quickly slip out of control when an assassin breaks into the medbay and tries to finish the job.

Death no longer holds sway over a humanity that has spread across the solar system: consciousness can be placed in a new body, or coil, straight after death, giving people the potential for immortality. Yet Carter's backups--supposedly secure--have been damaged, his crew are missing, and everything points back to the derelict that should have been a simple salvage mission.

With enemies in hot pursuit, Carter tracks down his last crewmate--re-coiled after death into a body she cannot stand--to delve deeper into a mystery that threatens humanity and identity as they have come to know it.

"A fascinating take on life extension treatments that goes beyond 'nifty idea' to deal with the consequences,  combined with a vividly written action-adventure.”  Elizabeth Moon

"Re-Coil is a slow-burn thriller that heats up to an intriguing set up of a transhumanist future and corporate skulduggery.” Glynn Stewart

"Re-Coil is an intriguing and fast-moving mix of bio-tech and space opera." L. E. Modesitt, Jr.

“A thriller and a thinker that’s as much sci-fun as sci-fi.” The Sunday Sport Review

“This non-stop action thriller pits workers against corporations and knows which side it’s on.” Morning Star

"A classic story of a cover-up, told in a fun, fast-paced way... Fans of James S.A. Corey’s Expanse series will enjoy this tale of high-tech mystery and shifting loyalties." Booklist Review

"Readers will be drawn in by the compassionate characters and captivating premise." Publishers Weekly

“This is a story that kicks off at breakneck speed... A compelling, multi-layered sci-fi tale.” Culturefly

J.T. Nicholas was born in Virginia, though was quickly moved to Stuttgart, Germany. Thus began the long journey of the military brat, hopping from country to country and accumulating nearly thirty locations. This taught him that regardless of where one finds oneself, people were largely the same. He currently resides in North Carolina with his wife.
Loading...
or support indie stores by buying on