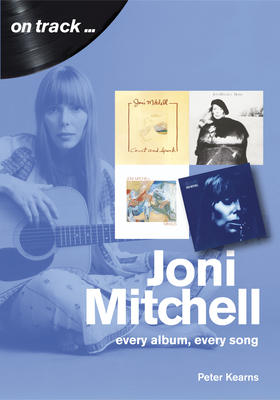 Every Album, Every Song (On Track)

Peter Kearns is an independent recording artist and writer. Since the '80s he has performed live as keyboardist or recorded with acts including New Zealand's Shona Laing, the UK's Judie Tzuke, and New Yorker John Tabacco, being half of the duo Tabacco & Kearns. He has released two solo albums. As a writer he's contributed to Witchdoctor.co.nz - New Zealand's technology and music website for grownups, and New Zealand Musician magazine. 'Joni Mitchell - Every Album, Every Song' ishis third book for Sonicbond Publishing after 'Elton John - On Track 1969-1979' and '10cc/Godley and Creme - On Track'. He lives in Amberley, New Zealand.
Loading...
or support indie stores by buying on