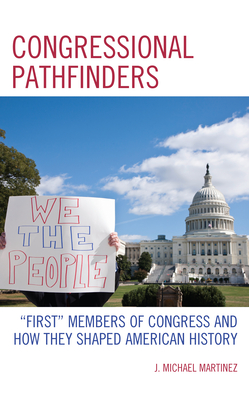 First Members of Congress and How They Shaped American History

Congressional Pathfinders: "First" Members of Congress and How They Shaped American History discusses those men and women whose service in the United States Congress, as improbable as it was, marked a turning point in history. To be the first black American or the first woman to serve in a largely white, male-dominated institution requires a level of moral courage seldom found in ordinary people. To be openly gay, to subscribe to the Muslim faith in a nation often fearful and ignorant of Islam, or to navigate the hallways of power with physical disabilities is to be cognizant of one's separateness. To be an "other" is to feel the stigma of that difference, and yet to persevere is to forge a path for later generations of others to follow. The service of these courageous men and women forever changed Congress and, by extension, the nation: they truly were congressional pathfinders. Nancy Pelosi, Daniel Inouye, Margaret Chase Smith, Shirley Chisholm, Ilhan Omar, and Hillary Clinton are among the many figures profiled in Congressional Pathfinders.