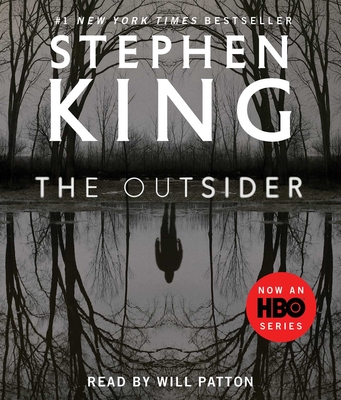 By Stephen King, Will Patton (Read by)

Stephen King is the author of more than sixty books, all of them worldwide bestsellers. His recent work includes If It Bleeds, The Institute, Elevation, The Outsider, Sleeping Beauties (cowritten with his son Owen King), and the Bill Hodges trilogy: End of Watch, Finders Keepers, and Mr. Mercedes (an Edgar Award winner for Best Novel and an AT&T Audience Network original television series). His novel 11/22/63 was named a top ten book of 2011 by The New York Times Book Review and won the Los Angeles Times Book Prize for Mystery/Thriller. His epic works The Dark Tower, It, Pet Sematary, and Doctor Sleep are the basis for major motion pictures, with It now the highest grossing horror film of all time. He is the recipient of the 2018 PEN America Literary Service Award, the 2014 National Medal of Arts, and the 2003 National Book Foundation Medal for Distinguished Contribution to American Letters. He lives in Bangor, Maine, with his wife, novelist Tabitha King.

Will Patton’s film credits include Halloween, Boarding School, Megan Leavey, American Honey, Meek’s Cutoff, A Mighty Heart, Remember the Titans, The Mothman Prophecies, Armageddon, and No Way Out. He starred in Swamp Thing on the DC Universe streaming platform and was seen in five seasons of the TNT series Falling Skies. He has won Obie Awards for his performances in Fool for Love and What Did He See? He is also known for his audiobook recordings of the work of Stephen King, James Lee Burke, Denis Johnson, and William Faulkner.
or support indie stores by buying on
Copyright © 2020 American Booksellers Association