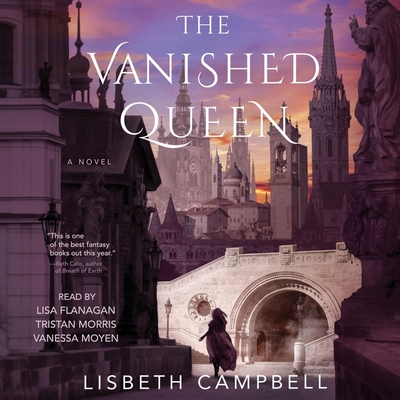 When a country is held in thrall to a vicious, despotic king, it's up to one woman to take him down in this gorgeous literary fantasy debut from Lisbeth Campbell. Long ago, Queen Mirantha vanished. King Karolje claimed it was an assassination by a neighboring king, but everyone knew it was a lie. He had Disappeared her himself. But after finding the missing queen's diary, Anza--impassioned by her father's unjust execution and inspired by Mirantha's words--joins the resistance group to overthrow the king. When an encounter with Prince Esvar thrusts her into a dangerous game of court politics, one misstep could lead to a fate worse than death. Esvar is the second son to an evil king. Trapped under his thumb and desperate for a way out, a chance meeting with Anza gives him the opportunity to join the resistance. Together, they might have the leverage to move against the king--but if they fail, their deaths could mean a total loss of freedom for generations to follow. Set in a world where resistance is as dangerous as it is important, The Vanished Queen is a tale of the courage and sacrifice it requires to take on a tyrant.