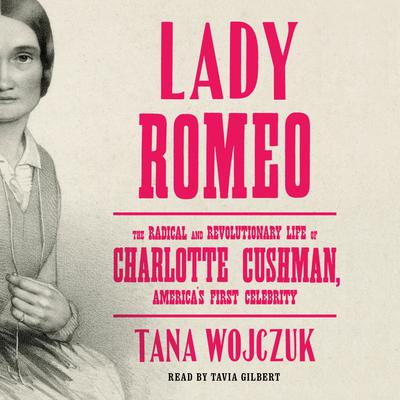 For fans of Book of Ages and American Eve, this “lively, illuminating new biography” (The Boston Globe) of 19th-century queer actress Charlotte Cushman portrays a “brisk, beautifully crafted life” (Stacy Schiff, bestselling author of The Witches and Cleopatra) that riveted New York City and made headlines across America.

Now, her story comes to brilliant life with Tana Wojczuk’s Lady Romeo, an exhilarating and enlightening biography of the 19th-century trailblazer. With new research and rarely seen letters and documents, Wojczuk reconstructs the formative years of Cushman’s life, set against the excitement and drama of 1800s New York City and featuring a cast of luminaries and revolutionaries who changed the cultural landscape of America forever. The story of an astonishing and uniquely American life, Lady Romeo reveals one of the most remarkable forgotten figures in our history and restores her to center stage, where she belongs.
Loading...