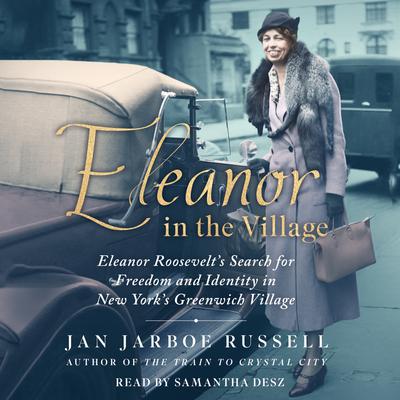 Eleanor in the Village (Digital Audiobook)

Jan Jarboe Russell is the author of the New York Times bestseller The Train to Crystal City: FDR’s Secret Prisoner Exchange Program and America’s Only Family Internment Camp During World War II, winner of the Texas Institute of Letters Prize for Best Book of Nonfiction. She is a Neiman Fellow, a contributing editor for Texas Monthly, and has written for the San Antonio Express-News, The New York Times, Slate, and other magazines. She also compiled and edited They Lived to Tell the Tale. She lives in San Antonio, Texas, with her husband, Dr. Lewis F. Russell, Jr.