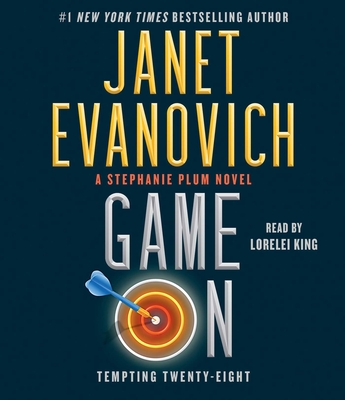 Stephanie Plum returns to hunt down a new kind of criminal operating out of Trenton in the 28th book in the wildly popular series by #1 New York Times bestselling author Janet Evanovich.

When Stephanie Plum is woken up in the middle of the night by the sound of footsteps in her apartment, she wishes she didn’t keep her gun in the cookie jar in her kitchen. And when she finds out the intruder is fellow apprehension agent Diesel, six feet of hard muscle and bad attitude who she hasn’t seen in more than two years, she still thinks the gun might come in handy.

Turns out Diesel and Stephanie are on the trail of the same fugitive: Oswald Wednesday, an international computer hacker as brilliant as he is ruthless. Stephanie may not be the most technologically savvy sleuth, but she more than makes up for that with her dogged determination, her understanding of human nature, and her willingness to do just about anything to bring a fugitive to justice. Unsure if Diesel is her partner or her competition in this case, she’ll need to watch her back every step of the way as she sets the stage to draw Wednesday out from behind his computer and into the real world.

"King's performance welcomes listeners into Stephanie Plum's world. She is masterful in delivering the unique personalities that drive the plot. Fans will be delighted."
— AudioFile Magazine