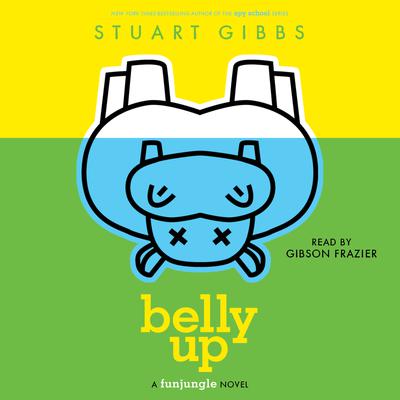 Twelve-year-old Theodore “Teddy” Roosevelt Fitzroy has murder on his hands and trouble on his tail. He believes that Henry, the hippopotamus at the brand-new FunJungle, has been murdered. The zoo’s top brass claim the hippo went belly up the natural way, but Teddy and his feisty friend Summer McCraken have other ideas. Could the culprit be FunJungle’s animal-hating head of operations? Or is it FunJungle’s owner—Summer’s dad—a man who is much more concerned about money than animal welfare? The deeper Teddy and Summer dig, the more danger they’re in—because when it comes to hippo homicide, the truth can’t be caged!

Stuart Gibbs is the New York Times bestselling author of Charlie Thorne and the Last Equation and the FunJungle, Spy School, and Moon Base Alpha series. He has written the screenplays for movies like See Spot Run and Repli-Kate, worked on a whole bunch of animated films, and developed TV shows for Nickelodeon, Disney Channel, ABC, and Fox. Stuart lives with his family in Los Angeles. You can learn more about what he’s up to at StuartGibbs.com.