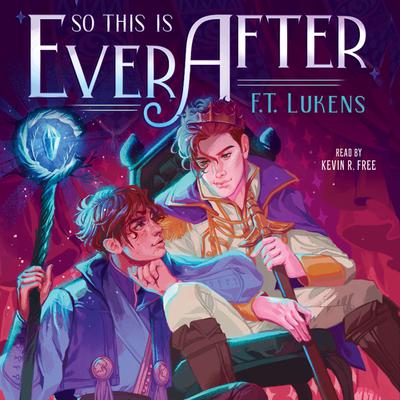 So This Is Ever After (Digital Audiobook)

F.T. Lukens is the author of In Deeper Waters, So This is Ever After, and five young adult novels published through Interlude Press. Her book Rules and Regulations for Mediating Myths & Magic was a 2017 Cybils Award finalist in YA Speculative Fiction, won the ForeWord INDIES Book of the Year Gold Award for YA Fiction, and the Bisexual Book Award for Speculative Fiction, and it was also recently named to ALA’s 2019 Rainbow List. F.T. lives in North Carolina with her husband, three kids, three dogs, and three cats. Visit her at FTLukens.com.