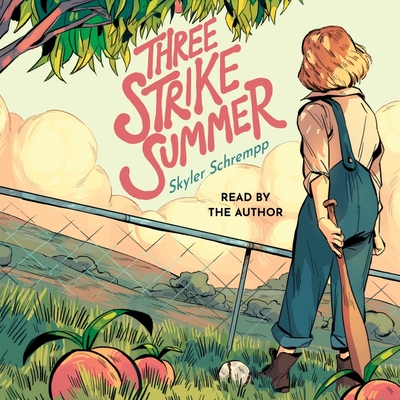 Sandlot meets Esperanza Rising in this lyrical middle grade novel set in the 1930s about a strong-willed girl who finds her voice in a tale of moxie, peaches, and determination to thrive, despite the odds.

When the skies dried up, Gloria thought it was temporary. When the dust storms rolled in, she thought they would pass. But now the bank man's come to take the family farm, and Pa's decided to up and move to California in search of work. They'll pick fruit, he says, until they can save up enough money to buy land of their own again.

There are only three rules at the Santa Ana Holdsten Peach Orchard: No stealing product.No drunkenness or gambling.And absolutely no organizing.

Well, Gloria Mae Willard isn't about to organize any peaches, no ma'am. She's got more on her mind than that. Like the secret, all-boys baseball team she's desperate to play for, if only they'd give her a chance. Or the way that wages keep going down. The way their company lodgings are dirty and smelly, and everyone seems intent on leaving her out of everything.

But Gloria has never been the type to wait around for permission. If the boys won't let her play, she'll find a way to make them. If the people around her are keeping secrets, then she'll keep a few of her own. And if the boss men at the Santa Ana Holdsten Peach Orchard say she can't organize peaches, then by golly she'll organize a whole ball game.