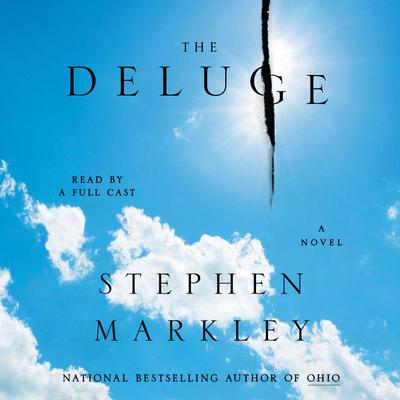 “Be prepared to get hooked on page one! Markley brings climate change, virtual reality, artificial intelligence, and our democracy’s future to the fore. Anyone that loved Stephen King’s The Stand, get ready to be blown away by this epic.”
— Jan Danielson Kaiser, Beaverdale Books, Des Moines, IA
View the List

“This book is, simply put, a modern classic. If you read it, you'll never forget it. Prophetic, terrifying, uplifting.” —Stephen King

From the bestselling author of Ohio, a masterful American epic charting a near future approaching collapse and a nascent but strengthening solidarity.

In the first decades of the 21st century, the world is convulsing, its governments mired in gridlock while a patient but unrelenting ecological crisis looms. America is in upheaval, battered by violent weather and extreme politics. In California in 2013, Tony Pietrus, a scientist studying deposits of undersea methane, receives a death threat. His fate will become bound to a stunning cast of characters—a broken drug addict, a star advertising strategist, a neurodivergent mathematician, a cunning eco-terrorist, an actor turned religious zealot, and a brazen young activist named Kate Morris, who, in the mountains of Wyoming, begins a project that will alter the course of the decades to come.

From the Gulf Coast to Los Angeles, the Midwest to Washington, DC, their intertwined odysseys unfold against a stark backdrop of accelerating chaos as they summon courage, galvanize a nation, fall to their own fear, and find wild hope in the face of staggering odds. As their stories hurtle toward a spectacular climax, each faces a reckoning: what will they sacrifice to salvage humanity’s last chance at a future? A singular achievement, The Deluge is a once-in-a-generation novel that meets the moment as few works of art ever have.
Loading...