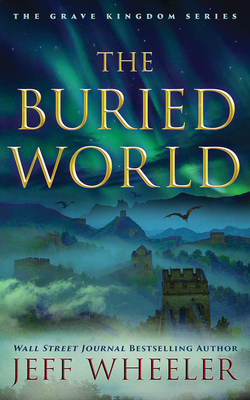 The orphaned Bingmei didn't choose to be a hero. She has no wish to cross the Death Wall to save the world. But she has awakened Echion, emperor of the Grave Kingdom and Dragon of Night, and it is her destiny to defy him. From his imperial city of ancient sorcery and immortal darkness, Echion conspires to fulfill his own destiny: vanquish Bingmei, revive his queen, and rule together for another eon unchallenged.

Traversing a labyrinth of caves and mountains, Bingmei and her band of allies prepare their defense against a fateful war they cannot win. But when they are overcome by Echion's terrible power, Bingmei is left vulnerable to a ruthless assassin...one with orders to capture, not kill.

Before he destroys her, Echion craves something more than Bingmei's soul. Only she has the power to resurrect Echion's ancient queen, Xisi, whose evil is matched only by his own. Once reunited, their dark shadow will fall like a shroud over the realms. To be a savior, Bingmei must first survive what she has unleashed, and to survive she must begin to understand the seeds of power she's never learned to control.