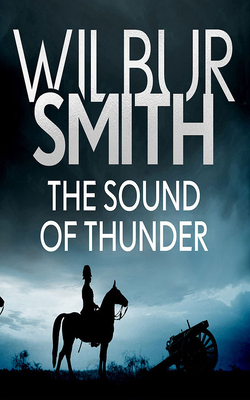 The Sound of Thunder (Courtney #2)

The second novel in Wilbur Smith's The Courtneys series, The Sound of Thunder is a powerful story of family tragedy set against the backdrop of the ravages of the Second Boer War.

'Only once in his life had Sean met a man whose strength matched his own - and now, again, they were pitted against each other....'

Sean Courtney, impulsive adventurer of When the Lion Feeds, returns from the wilderness a rich man - until he is robbed by the Boers of his wagons, his gold and the girl he loves. A grim homecoming finds his country in the cruel grip of war. But in the bloody days ahead, conflicts within his family will prove far more bitter than any fought on the veld....