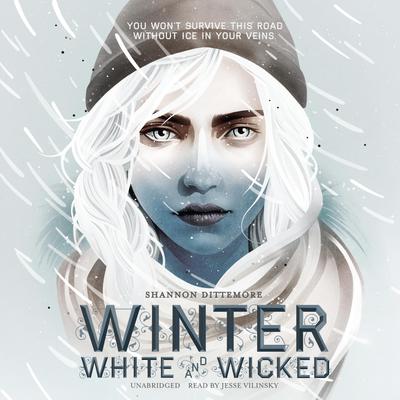 Mad Max: Fury Road meets Frozen in this striking YA fantasy about a rig driver’s journey to save her friend.

Twice-orphaned Sylvi has chipped out a niche for herself on Layce, an island cursed by eternal winter. Alone in her truck, she takes comfort in two things: the solitude of the roads and the favor of Winter, an icy spirit who has protected her since she was a child.

Sylvi likes the road, where no one asks who her parents were or what she thinks of the rebels in the north. But when her best friend, Lenore, runs off with the rebels, Sylvi must make a haul too late in the season for a smuggler she wouldn’t normally work with, the infamous Mars Dresden. Alongside his team—Hyla, a giant warrior woman and Kyn, a boy with skin like stone—Sylvi will do whatever it takes to save her friend.

But when the time comes, she’ll have to choose: safety, anonymity, and the favor of Winter—or the future of the island that she calls home.

Shannon Dittemore is an author, speaker, and contributor to the blog Go Teen Writers, which was one of Writer’s Digest’s 101 Best Websites for Writers. When she’s not at her desk, she can be found in the wilds of Northern California, adventuring with her husband, their two children, and a husky named Leonidas.