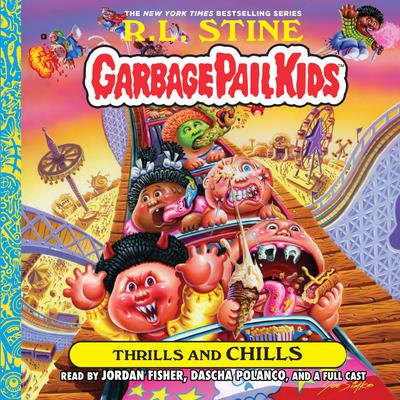 Goosebumps creator R. L. Stine teams up with the pop-culture phenomenon Garbage Pail Kids for the second volume in this all-new middle-grade series sure to amuse, entertain, and blow readers away!

The Garbage Pail Kids are desperate to win the Smellville Pet Contest. But how can they compete against Good Boy, the perfect Chihuahua of the Perfect twins? Good Boy can stand on his head and do algebra problems blindfolded. But the whole thing goes out of control when our heroes meet five new kids who also call themselves the Garbage Pail Kids! Meet Windy Winston, Nat Nerd, Brett Sweat, Nasty Nancy, and Disgustin’ Justin. They all share the grand prize—a free all-day trip to Six Thrills Amusement Park. Will anyone have a good time? And will anyone survive?