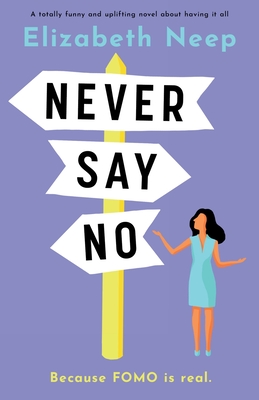 A totally funny and uplifting novel about having it all

For Hailey Kidd, the answer to almost every question has always been 'yes.' And that's worked out pretty well for her so far. She has a boyfriend she loves, the very best friends a girl could ask for and most importantly of all, she's just landed the assistant's job for the most powerful woman in her industry, Vivian Jones.

Has Hailey Kidd got it made? There is only one answer to that question.

Except that the dream job isn't quite what Hailey was expecting and that habit of saying yes to everyone is about to land her in some very hot water.

Late one night in the office, while doing a favour for one of her colleagues, Hailey sees Vivian doing something she really shouldn't be. And certainly not with who she's doing it with.

Vivian asks Hailey to keep what she's seen just between them and Hailey doesn't have any choice but to agree if she wants to keep her job.

But with this secret binding them together, Hailey starts to see the woman she always thought of as 'having it all' in a whole new light and question every choice she's ever made.

With the knots she's tied herself into in her attempt to be the perfect girlfriend, the best friend and ace things at work pushing her to breaking point, can Hailey finally learn the importance of saying no?

Fans of Mhairi McFarlane, Holly Bourne and The Devil Wears Prada will adore this funny, heart-felt and honest look at navigating those moments in life where you reach a crossroads and have to decide who and what it is you want to be.