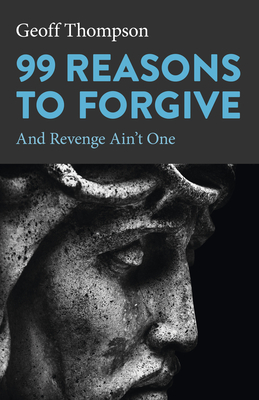 And Revenge Ain't One

Geoff Thompson was sexually abused at the tender age of 11 by a trusted and beloved teacher. By the time he was 30 years old he was unconsciously displacing his rage into violence, sexual self-harm and long bouts of debilitating depression. After failing to find a solution to his burgeoning mania in all the conventional places, he set off on a Campbellian quest to find the answers for himself: about abuse, about the aftermath of abuse, about the true meaning of forgiveness, its metaphysical power, and how it is possible to heal, no matter how deep or how old the wound. The author assures us that there is treasure in the ruins, there can be profit in sorrow and in suffering, and, with a few tried and tested, honest techniques and a heavy supply of courage, victims can reclaim their lives, they can win love and they can find healing and inspiration, post-abuse. In this deeply empirical study, Thompson reveals the true definition and the awesome power of forgiveness, clearly defining the difference between forgiving someone and letting them off. He demonstrates the power and freedom of giving it over; the revealed health benefits of releasing anger, dissonance and resentment; the hidden power of reciprocity; avoiding the hate trap; the healing power of love and compassion; the liberating practice of personal repentance; and discovering the world to come - the exhilarating expansion we experience when ignorance is dissolved with qualified knowledge. I told my story very late, Thompson tells us, and suffered needlessly as a consequence; I'm hoping that 99 Reasons to Forgive will encourage others to share their story sooner, be inspired by my living example of powerful healing, and embrace their walking wounds as beauty scars, the rich tapestry of personal survival.

Geoff Thompson is a BAFTA winning screenwriter, and has written over forty books. His work in the self-help genre has been published in 21 languages: he has appeared on the Sunday Times Best Sellers List several times. His bestselling first book, Watch My Back was adapted into BIFA Nominated motion picture, Clubbed. He has written articles for national magazines and broadsheets, including The Times, Men's Fitness, GQ and FHM. Geoff lives in Stratford upon Avon, UK.
Loading...
or support indie stores by buying on