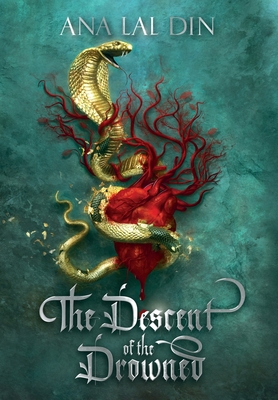 The Descent of the Drowned

She is bound to serve. He is meant to kill. Survival is their prison. Choice is their weapon.

As the sacred slave of a goddess, Roma is of a lower caste that serves patrons to sustain the balance between gods and men. What she wants is her freedom, but deserters are hunted and hanged, and Roma only knows how to survive in her village where women are vessels without a voice. When her younger brother is condemned to the same wretched fate as hers, Roma must choose between silence and rebellion.

Leviathan is the bastard son of an immortal tyrant. Raised in a military city where everyone knows of his blood relation to the persecuted clans, Leviathan is considered casteless. Lowest of the low. Graduating as one of the deadliest soldiers, he executes in his father's name, displaying his worth. When he faces judgement from his mother's people-the clans-Leviathan must confront his demons and forge his own path, if he ever hopes to reclaim his soul.

But in the struggle to protect the people they love and rebuild their identities, Roma's and Leviathan's destinies interlock as the tyrant hunts an ancient treasure that will doom humankind should it come into his possession-a living treasure to which Roma and Leviathan are the ultimate key.

Set in a colonised Indo-Persian world and inspired by pre-Islamic Arabian mythology, The Descent of the Drowned is a tale about power, identity, and redemption, and what it takes to hold on to one's humanity in the face of devastation.