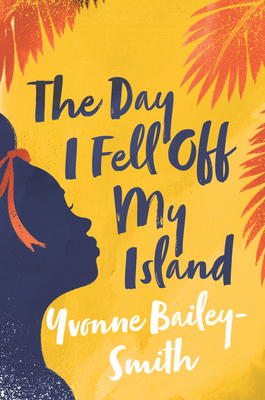 The Day I Fell Off My Island

The Day I Fell Off My Island tells the story of Erna Mullings, a teenage Jamaican girl uprooted from her island following the sudden death of her beloved grandmother.

When Erna is sent to England to be reunited with her siblings, she dreads leaving behind her elderly grandfather, and the only life she has ever known. A new future unfolds, in a strange country and with a mother she barely knows. The next decade will be a complex journey of estrangement and arrival, new beginnings and the uncovering of long-buried secrets.

'As an immigrant child, I often wished that someone had been able to take me aside and explain to me that leaving everything I knew to go on a so-called adventure to somewhere way beyond my imagination was going cause me an unimaginable sense of loss and sadness. I also wish that the same person had been there to reassure me that I would survive and even flourish, given half a chance. My work and conversations with children, young people and adults, as well as with many friends, have given me a unique insight into the travails of people who have experienced things for which they felt utterly unprepared at the time.'

Yvonne Bailey-Smith was was born in Jamaica in 1954 and immigrated to the UK in 1969. She trained and worked first as a social worker before becoming a psychotherapist. She is also a Water Aid Supporter and passionate about providing clean water and sanitation in developing countries. She is the mother of three children: novelist Zadie Smith; actor, musician and children's book author Ben Bailey Smith; and lyricist and writer LucSkyz. She lives in Willesden in London NW2.
Loading...
or support indie stores by buying on
(This book is on backorder)