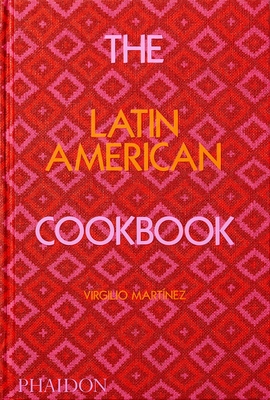 The most comprehensive and varied selection of recipes ever published from one of the most fascinating and diverse regions of the world - under the expert tutelage of globally renowned Peruvian chef, Virgilio Martínez


Praise For The Latin American Cookbook…

"The recipes are supplemented with ... a closer look at traditional dishes and important ingredients" – Epicurious

"This labor of love will appeal to readers interested in exploring the diversity of Latin American cuisine." –  Publishers Weekly

After cooking in prestigious restaurants around the world, Virgilio Martínez returned to Peru in 2009 and opened Central. Since 2013 Central has appeared on the World's 50 Best list and has been named the #1 restaurant in Latin America multiple times. He co-founded Mater Iniciativa, which documents Latin America's indigenous foods. In 2018, he opened the acclaimed Mil in the Andes above the terraces of Moray. He is featured on Chef's Table and is the author of Central.

Nicholas Gill, the co-founder of the website New Worlder, is an acclaimed food and travel writer, who divides his time between New York and Peru.