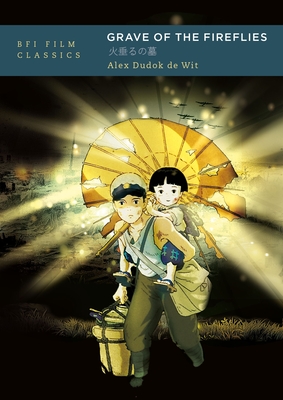 On its release in 1988, Grave of the Fireflies riveted audiences with its uncompromising drama. Directed by Isao Takahata at Studio Ghibli and based on an autobiographical story by Akiyuki Nosaka, the story of two Japanese children struggling to survive in the dying days of the Second World War unfolds with a gritty realism unprecedented in animation. Grave of the Fireflies has since been hailed as a classic of both anime and war cinema. In 2018, USA Today ranked it the greatest animated film of all time.

Yet Ghibli's sombre masterpiece remains little analysed outside Japan, even as its meaning is fiercely contested - Takahata himself lamented that few had grasped his message. In the first book-length study of the film in English, Alex Dudok de Wit explores its themes, visual devices and groundbreaking use of animation, as well as the political context in which it was made. Drawing on untranslated accounts by the film's crew, he also describes its troubled production, which almost spelt disaster for Takahata and his studio.

Alex Dudok de Wit is the Associate Editor at Cartoon Brew. He is an animation correspondent for Sight & Sound. His writing has also appeared in Vulture, Little White Lies, The Telegraph, The i, The Independent, Time Out, Index on Censorship and elsewhere, including specialist animation publications like Skwigly and ASIFA Magazine. He also translates from Japanese as part of Art Translators Collective. He is based in London, UK.
Loading...
or support indie stores by buying on
(This book is on backorder)