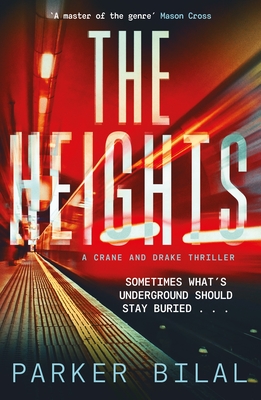 What starts with the gruesome discovery of a severed head on the Tube soon becomes personal for former DI Cal Drake. After one betrayal too many, Drake has abandoned the police force to become a private detective. He's joined forces with enigmatic forensic pathologist Dr Rayhana Crane, and it's not long before the case leads them to the darkest corners of the nation's capital and into dangerously close contact with an international crime circuit, a brutal local rivalry, and a very personal quest for retribution. With the murder victim closely tied to Drake's past, his new future is about to come under threat.

Parker Bilal is the pseudonym of Jamal Mahjoub, the critically acclaimed literary novelist. He is the author of the Makana Investigations series, the third of which, The Ghost Runner, was longlisted for the Theakston's Old Peculier Crime Novel of the Year Award. The Divinities, the first in his Crane and Drake London crime series, was published in 2019. Born in London, he has lived in a number of places, including the UK, Denmark, and Spain; he currently lives in the Netherlands. @Parker_Bilal jamalmahjoub.com
Loading...
or support indie stores by buying on