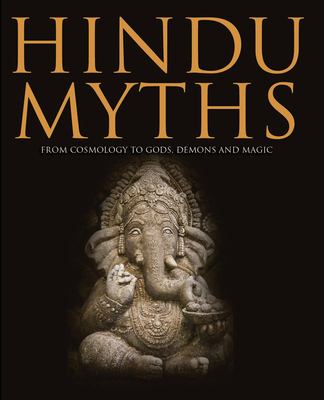 From Cosmology to Gods, Demons and Magic

Illustrated with 180 photographs, artworks, and maps, Hindu Myths is an engaging exploration of a fascinating and highly influential religion. Hinduism is quite possibly the oldest religion, populated by countless gods, from elephant-headed Ganesha to the fierce, blue Kali. Hindu Myths provides an excellent introduction to the religion's varying tales of creation, major texts, and principal concerns. It explores such classics as the Ramayana and the Mahabharata--the latter being the longest-known epic in history--along with the puranas, stories where the gods battle for supremacy; the deities, including Brahma, Vishnu, and Lakshmi; and personalities such as Krishna, Lakshmana, and Hanuman.