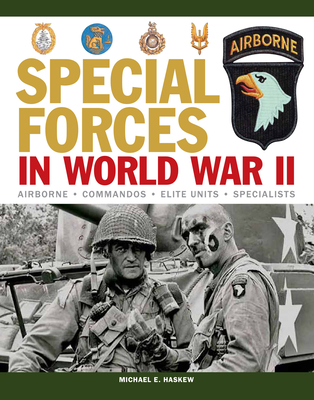 Written in an accessible and engaging style by an acknowledged expert, Special Forces in World War II is both an invaluable reference work for special forces enthusiasts and an informative and entertaining book for more general readers. World War II saw elite units take a prominent role on the battlefield for the first time. Special Forces in World War II is a wide-ranging guide to these exceptional units on land, sea, or in the air. The success of these men was usually hard won, but their actions had a significant impact on the course of the wider campaign. The best units from all the major combatant countries are included, from both the European and Pacific theaters of war. Arranged by nation, the book covers such famous units as the US Rangers, British SAS, and German Waffen-SS, as well as some of the lesser-known units, like Popski's Private Army, the LRDG, and the Flying Tigers squadron. Although many of the units in the book were classified as ordinary soldiers, they achieved elite status through their deeds. Illustrated with action photographs and artworks, each entry in Special Forces in World War II describes the unit's strength and date of formation and gives a brief overview of its combat record during the war.

Michael E. Haskew is the editor of WWII History Magazine and The World War II Desk Reference with the Eisenhower Center for American Studies. He is the author of The Sniper at War, The Encyclopedia of Elite Forces in World War II, Order of Battle: Western Allied Forces of WWII, and The Italian Campaign in World War II.
Loading...
or support indie stores by buying on