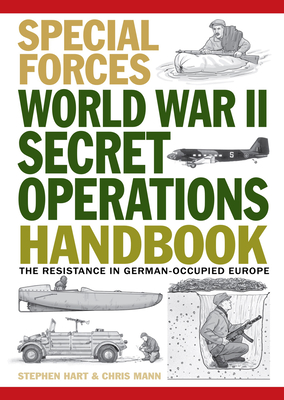 The books lets you in on the skills and tricks used by the British SOE (Special Operations Executive), the US OSS (Office of Strategic Services), the French Maquis, and other special forces in combat in Europe, Africa, and Asia between 1939 and 1945. Learn how to rig up a makeshift radio, how to pass undetected in enemy territory, how to live off the land and make shelter, and how to work as a sniper. Learn how operatives blow up bridges, roads, railways, and arms depots and how they work with the local resistance. Presented in a handy pocket-size format, the World War II Secret Operations Handbook takes the reader from arrival in enemy territory through survival, accomplishing a mission and finally ensuring sound exit strategies. The book also includes a number of sidebars on real-life secret operations from World War II.