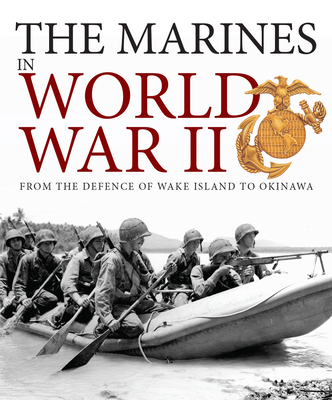 The Marines in World War II

From the Defence of Wake Island to Okinawa

The Marines in World War IIcharts the combat history of the Marines from Wake Island to Okinawa, covering every major battle in between: Guadalcanal, Kwajalein Atoll, Bougainville, Saipan, Guam, and Peleliu, to name just a few. In addition to chronicling these hard-fought battles, the book also examines the important role played by Navajo code talkers, the development of Marine Corps aviation, the little-known role of Marines in the European theater, and the story behind the iconic "Raising the Flag on Iwo Jima" photograph. Today, the Marines are best remembered as the gritty, determined combat force that matured rapidly, learned hard lessons, took on the committed defenders of the Empire of Japan, crossed the Pacific Ocean island by island, and fought, bled, died--and won.

Michael E. Haskew is the editor of WWII History Magazine and The World War II Desk Reference with the Eisenhower Center for American Studies. He is the author of The Sniper At War, The Encyclopedia of Elite Forces in World War II, Order of Battle: Western Allied Forces of WWII, and The Italian Campaign in World War II.
Loading...
or support indie stores by buying on