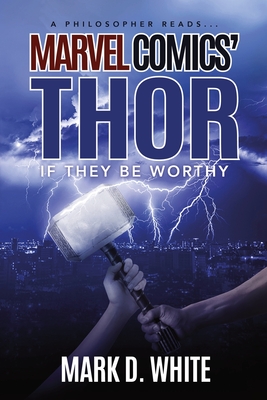 If They Be Worthy

We all know the Mighty Thor: Prince of Asgard, son of Odin the All-Father, and God of Thunder. He has long been one of the few worthy to wield the mystic hammer Mjolnir... until, one day, he is not. Soon, a new Thor emerges, a woman who commands the thunder and the hammer in ways all her own. She is none other than Jane Foster, who shares a long history with the Odinson, and as she learns to be her own version of the Mighty Thor, the Odinson can only watch and wonder why he is no longer worthy.

This is not just the story of two Thors. This is a tale of worthiness: what it means, how it can be lost, and how one can reclaim it. This is the journey of a god-prince, born and raised to be a hero who wields the ultimate weapon, who suddenly finds himself struggling to relearn who he is and what it means to be a god. This is also the adventure of a nurse who once loved that same god, who one day was summoned by a familiar hammer to become a god. At the same time, she battles the scourge of cancer as Jane Foster, and before long the two struggles become irreconcilable, forcing her to choose between godhood and her humanity.

This book introduces you to the world of Thor and leads you through the legendary saga of Jane and the Odinson, written by Jason Aaron and drawn by Esad Ribic, Russell Dauterman, and many others. Along the way, White draws on Western and Eastern thought, ethics and existentialism, as he explores the philosophy of self-worth and worthiness, as well as questioning the nature of gods in the Marvel Universe.

Written in his characteristic light style, A Philosopher Reads Marvel Comics' Thor is the perfect mix of superheroes and philosophy, accessible to new fans as well as experienced Asgardian travellers.

Mark D. White is a professor of philosophy at the College of Staten Island/CUNY, and is the author of A Philosopher Reads Marvel Comics' Civil War, The Virtues of Captain America, and Batman and Ethics.