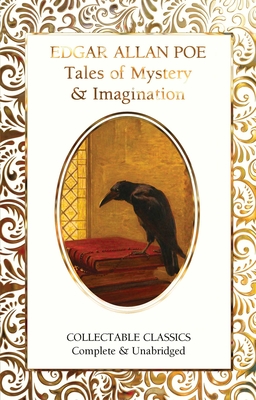 A stunning new edition with deluxe cover treatments, ribbon markers, luxury endpapers and gilded edges. The unabridged text is accompanied by a Glossary of Victorian and Literary terms produced for the modern reader.

This beautiful collection compiles Edgar Allan Poe’s most terrifying and otherworldly works. Included are the very first modern detective stories, The Murders in the Rue Morgue, The Mystery of Marie Roget and The Purloined Letter. As well as these are the most famous of Poe’s works, including The Pit and the Pendulum, The Fall of the House of Usher, The Premature Burial and The Tell-Tale Heart.

The FLAME TREE COLLECTABLE CLASSICS are chosen to create a delightful and timeless home library.

Judith John is a writer and editor specializing in literature and history. A former secondary school English Language and Literature teacher, she has subsequently worked as an editor on major educational projects, including English A: Literature for the Pearson International Baccalaureate series. Judith’s major research interests include Romantic and Gothic literature, and Renaissance drama.
or
Not Currently Available for Direct Purchase
Copyright © 2020 American Booksellers Association