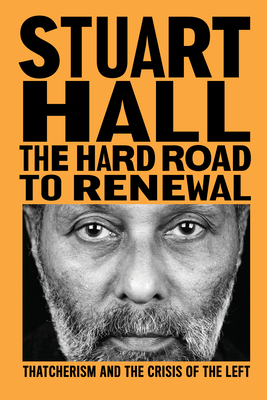 The Hard Road to Renewal

Thatcherism and the Crisis of the Left

Collected here for the first time with a new introduction, these essays show how Thatcher has exploited discontent with Labour's record in office and with aspects of the welfare state to devise a potent authoritarian, populist ideology. Hall's critical approach is elaborated here in essays on the formation of the SDP, inner city riots, the Falklands War and the signficance of Antonio Gramsci. He suggests that Thatcherism is skillfully employing the restless and individualistic dynamic of consumer capitalism to promote a swingeing programme of 'regressive modernization'.

The Hard Road to Renewal is as concerned with elaborating a new politics for the Left as it is with the project of the Right. Hall insists that the Left can no longer trade on inherited politics and tradition. Socialists today must be as radical as modernity itself. Valuable pointers to a new politics are identified in the experience of feminism, the campaigns of the GLC and the world-wide response to Band Aid.

Stuart Hall (1932-2014) was Professor of Sociology at the Open University, the founding editor of New Left Review, and Director of the Centre for Contemporary Cultural Studies at the University of Birmingham.
Loading...
or
Not Currently Available for Direct Purchase