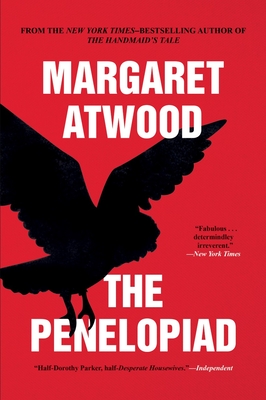 The Myth of Penelope and Odysseus (Myths)

Margaret Atwood returns with a shrewd, funny, and insightful retelling of the myth of Odysseus from the point of view of Penelope. Describing her own remarkable vision, the author writes in the foreword, "I've chosen to give the telling of the story to Penelope and to the twelve hanged maids. The maids form a chanting and singing Chorus, which focuses on two questions that must pose themselves after any close reading of the Odyssey: What led to the hanging of the maids, and what was Penelope really up to? The story as told in the Odyssey doesn't hold water: there are too many inconsistencies. I've always been haunted by the hanged maids and, in The Penelopiad, so is Penelope herself." One of the high points of literary fiction in 2005, this critically acclaimed story found a vast audience and is finally available in paperback.

Praise For The Penelopiad: The Myth of Penelope and Odysseus (Myths)…

Hereat the outset of the twenty-first century, with everyone else looking forward with great intensity and hoping to predict what our mysterious future might bringis Margaret Atwood, one of the most admired practitioners of the novel in North America, taking the measure of the old Odyssey itself with a steady gaze and asking the reader to follow forthwith, even as she coolly rewrites that oral epic from the point of view of the heros wife. Alan Cheuse, Chicago Tribune