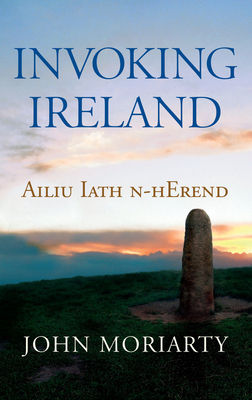 In the nineteenth century, here in Ireland, we started to walk away decisively from a native language that was a way of seeing and knowing things. In the twentieth century we started to walk away from a religion that in many of its ideas and practices was a folk religion. In this century we are walking away from local accents, from the big open vowels upon which so many of our poems depend for their full auditory effect. Overall, in line with revolutionary ambitions elsewhere in the world, we have moved from rites that related us to time and eternity to rights within a body politic. Could it be that we have moved too far, too fast? The Chinese say that the sage is to be found not walking ahead of humanity, finding a way for it, but behind it, picking up the inestimable treasures it leaves behind it in its flight into an ever-receding future. While he doesn’t claim to be a sage, here too is where we find Moriarty, walking hundreds, even thousands, of years behind us, picking up things. As its centenary approaches, Invoking Ireland offers an alternative to the 1916 Easter Rising Proclamation. Here Moriarty proposes not a Republic but anEnflaith, reinstituting a Birdreign in which all things live ecumenically with all things, uniting man with nature, magic and the divine. Standing shamanically and mystically with the heroes of political thinkers, among them Plato, St Augustine and Rousseau.

JOHN MORIARTY (1938-2007) was born in North Kerry and educated at Listowel and University College Dublin. He taught English Literature at the University of Manitoba in Canada for six years, before returning to Ireland in 1971. He is the author of Dreamtime (1994, revised 1999), the trilogy Turtle Was Gone a Long Time: Crossing the Kedron (1996), Horsehead Nebula Neighing (1997) and Anaconda Canoe (1998), Nostos, an autobiography (2001) and Night Journey to Buddh Gaia (2006).
Loading...
or
Not Currently Available for Direct Purchase