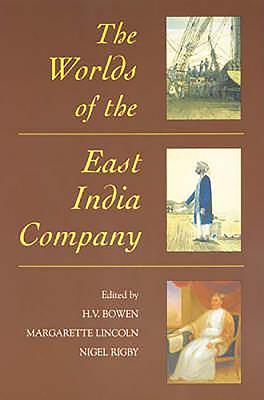 The Worlds of the East India Company

The English East India Company was one of the most powerful commercial companies ever to have existed. It laid thefoundations of the British Empire in South Asia and thus lies at the very heart of the interlinked histories of Britain and Asia. This first multi-disciplinary history of the Company to be published commemorates the four-hundredth anniversary of the founding of this unique and extraordinary institution. Historians of art, culture, cartography, empire, politics, the sea, and trade, explore the origins, operation, and influence of the Company as an organisation that remained firmly engaged in maritime commercial activity in many different spheres, even as it acted as a powerful agent of territorial expansion on the Indian subcontinent.
H.V. BOWEN is senior lecturer ineconomic and social history at the University of Leicester; NIGEL RIGBY and MARGARETTE LINCOLN work in the research department of the National Maritime Museum, London.