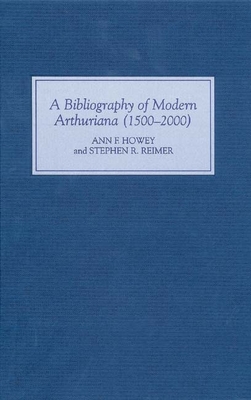 A Bibliography of Modern Arthuriana (Hardcover)

The legend of Arthur has been a source of fascination for writers and artists in English since the fifteenth century, when Thomas Malory drew together for the first time in English a variety of Arthurian stories from a number of sources to form the Morte Darthur. It increased in popularity during the Victorian era, when after Tennyson's treatment of the legend, not only authors and dramatists, but painters, musicians, and film-makers found a source of inspiration in the Arthurian material.
This interdisciplinary, annotated bibliography lists the Arthurian legend in modern English-language fiction, from 1500 to 2000, including literary texts, film, television, music, visual art, and games. It will prove an invaluable source of reference for students of literary and visual arts, general readers, collectors, librarians, and cultural historians--indeed, by anyone interested in the history of the ways in which Camelot has figured in post-medieval English-speaking cultures.