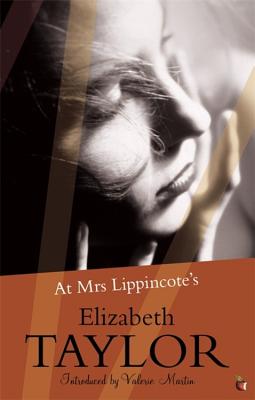 The debut novel from Elizabeth Taylor - shortlisted for the Booker Prize

Mrs Lippincote's house, with its mahogany furniture and yellowing photographs, stands as a reminder of all the certainties that have vanished with the advent of war. Temporarily, this is home for Julia, who has joined her husband Roddy at the behest of the RAF. Although she can accept the pomposities of service life, Julia's honesty and sense of humour prevent her from taking her role as seriously as her husband, that leader of men, might wish; for Roddy, merely love cannot suffice - he needs homage as well as admiration. And Julia, while she may be a most unsatisfactory officer's wife, is certainly no hypocrite.

'Her stories remain with one, indelibly, as though they had been some turning-point in one's own experience' Elizabeth Bowen

'A Game of Hide and Seek showcases much of what makes Taylor a great novelist: piercing insight, a keen wit and a genuine sense of feeling for her characters' Elizabeth Day, Guardian


Praise For At Mrs Lippincote's…

Elizabeth Taylor is finally being recognised as an important British author: an author of great subtlety, great compassion and great depth—Sarah Waters

Her best novels - At Mrs. Lippincote's (1945), A View of the Harbour (1947), A Game of Hide and Seek (1951) - are, in spite of their prim titles, funny, savage and full of loneliness and suppressed emotion. For her characters, as for their author, propriety is a survival mechanism, a way of keeping the show on the road—Rachel Cooke, Guardian

Taylor is one of the hidden treasures of the English novel—Philip Hensher, Daily Telegraph

Witty, hilarious, astringent, devastating - her impeccable style can do anything and with such seemingly effortless ease—Neel Mukherjee

Elizabeth Taylor (1912-1975) is increasingly recognised as one of the best British writers of the twentieth century. She wrote her first book, At Mrs Lippincote's, during the war while her husband was in the Royal Air Force, and this was followed by eleven further novels and a children's book, Mossy Trotter. Her acclaimed short stories appeared in publications including Vogue, the New Yorker and Harper's Bazaar.
Loading...
or
Not Currently Available for Direct Purchase