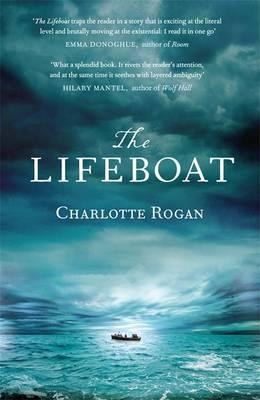 Grace Winter, 22, is both a newlywed and a widow. She is also on trial for her life.
In the summer of 1914, the elegant ocean liner carrying her and her husband Henry across the Atlantic suffers a mysterious explosion. Setting aside his own safety, Henry secures Grace a place in a lifeboat, which the survivors quickly realize is over capacity. For any to live, some must die.
As the castaways battle the elements, and each other, Grace recollects the unorthodox way she and Henry met, and the new life of privilege she thought she'd found. Will she pay any price to keep it?
The Lifeboat is a page-turning novel of hard choices and survival, narrated by a woman as unforgettable and complex as the events she describes.

Charlotte Rogan studied architecture at Princeton University, graduating in 1975. She lives in Westport, Connecticut. This is her first novel.
Loading...
or
Not Currently Available for Direct Purchase