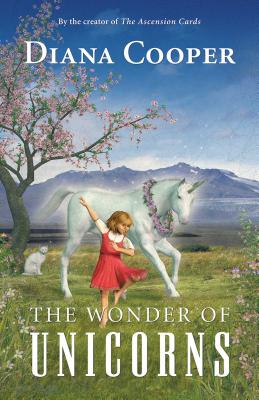 The Wonder of Unicorns

Ancient myths and legends are explained from a higher spiritual perspective in this guide to the amazing energetic beings known as unicorns. Whether aspiring to help the world at large or simply improve a small corner of it, enlightenment seekers can use the meditations, rituals, and ceremonies featured in the book to unleash the great abilities of these elusive spirit guides. Supported by the author's personal-connection experiences, unicorns are revealed not as mere fantasy, but rather similar in presence and power to angels.

Diana Cooper is a therapist, healer, author of several books, and the founder of the Diana Cooper Foundation. Her journey started during a time of personal crisis when she received an angel visitation that changed her life. Since then the angels and her guides have taught her about the angelic realms, unicorns, fairies, Atlantis, and Orbs as well as many other spiritual subjects. Through her workshops and therapy practice she has helped countless people find their life mission, fulfill their potential, and empower their lives. Diana’s aim and vision is to light the way to enable children, adults, and the planet to ascend graciously and happily.
Loading...
or
Not Currently Available for Direct Purchase