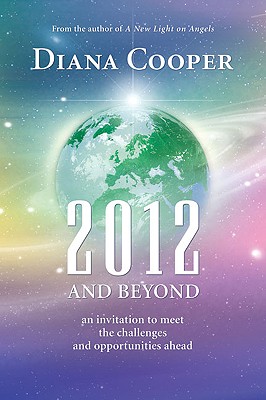 An Invitation to Meet the Challenges and Opportunities Ahead

The year 2012 is expected to be auspicious according to ancient prophecies, particularly from the standpoint of spiritual growth, and this handbook puts these forecasts and the vaunted end of the world into perspective with interpretations from angelic realms. With details on what will happen on a continent-by-continent basis, readers will learn about the effect on the 2012 Olympics, the opening of cosmic portals, how individual lives as well as communities will be altered in the time following this momentous year, and forecasts for the year 2032-when the new Golden Age of Atlantis is said to come into being. Practical guidance to assist people in preparing for their role in this incredible transformational shift is also included.

Diana Cooper is a therapist, a healer, and the author of several books, including Angel Inspiration, Discover Atlantis, Light Up Your Life, A Little Light on Spiritual Laws, A New Light on Angels, and A New Light on Ascension.

Praise For 2012 and Beyond: An Invitation to Meet the Challenges and Opportunities Ahead…

"2012 and Beyond, says the publisher, enable[s] you to understand the ancient prophecies for 2012, what is expected to happen in that year and the incredible changes that will take place worldwide in the next 20 years."  —Publishers Weekly