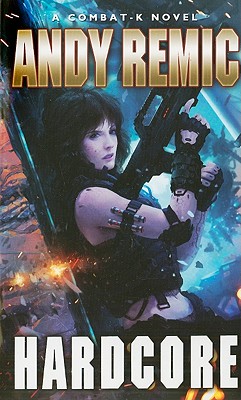 The Combat-K squad arrives on Krakken IV to search the planet, expecting an easy mission. However when the former inhabitants of  'Sick World' begin to rise, they are forced to battle for their lives.

Andy Remic is a British writer with a love of ancient warfare, mountain climbing, and sword fighting. He is a hard-talking, hard-fighting fluffy bunny rabbit of a man, who also enjoys film making, kick boxing, and red hot chilli peppers! He has an unhealthy love of chainsaws. AndyRemic.com, Twitter.com/AndyRemic.
Loading...
or
Not Currently Available for Direct Purchase