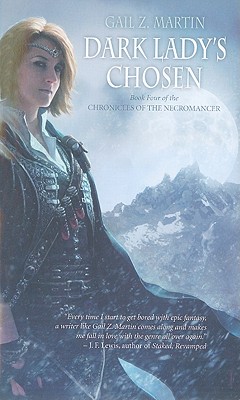 An Epic Fantasy where the once-exiled prince and now king, Matris Drayke, possesses the ability to summon the dead.

Gail Z. Martin discovered her passion for SF, fantasy and ghost stories in elementary school. The first story she wrote-at age five-was about a vampire. Her favorite TV show as a preschooler was Dark Shadows. At age 14 she decided to become a writer. She enjoys SF/fantasy conventions, Renaissance fairs and living history sites. She is married, and has three children, a Himalayan cat and a golden retriever.
Loading...
or support indie stores by buying on