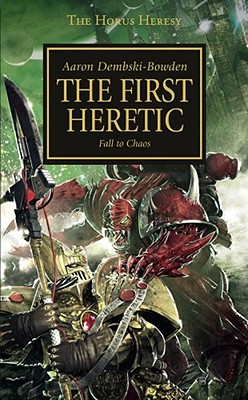 Chastised by the Emperor, the Word Bearers set out on their own path - one that will eventually lead them to damnation and heresy…

Distraught at the judgement of the Emperor, the Word Bearers cast their fury and fervour onto the battlefield. All the while they explore the old ways of Colchis, seeking their own path - one that can only lead to damnation and heresy…

Aaron Dembski-Bowden is a British author with his beginnings in the videogame and RPG industries. He's written several novels for the Black Library, including the Night Lords series, the Grey Knights novel The Emperor's Gift, and the New York Times bestselling The First Heretic for the Horus Heresy. He lives and works in Northern Ireland with his wife Katie, hiding from the world in the middle of nowhere. His hobbies generally revolve around reading anything within reach, and helping people spell his surname.
Loading...
or
Not Currently Available for Direct Purchase