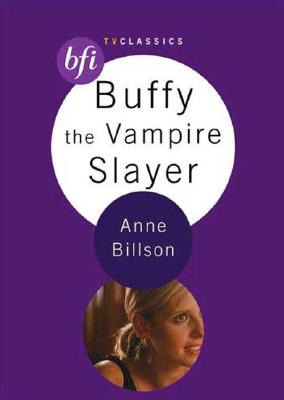 In every generation there is a Chosen One. She alone will stand against the vampires, the demons, and the forces of darkness. She is the Slayer. Buffy the Vampire Slayer ran for seven seasons, from 1997 to 2003, and in that time it revolutionized American TV. It was a television series that single-handedly reinvented the high school genre, splicing it with action, comedy, and the supernatural to captivate its core teenage audience while providing enough formal experimentation, existential reflection, and, above all, pitch-perfect writing and acting to extend the show's appeal to viewers of all ages. Anne Billson unravels Buffy's magic, examining her antecedents and influences and exploring how, in a broadcasting environment inimical to long-running series, the show's creators were able to push the envelope and create a fully realized mythology in which fantasy elements are underpinned by emotional honesty. Buffy the Vampire Slayer is a superheroine for our times. Not only that, but she's funny as well. Television will never be the same again.

Anne Billson is a film critic and author of several books, one of which (Suckers) is a novel about vampires. She lives in Paris, France.
Loading...
or
Not Currently Available for Direct Purchase