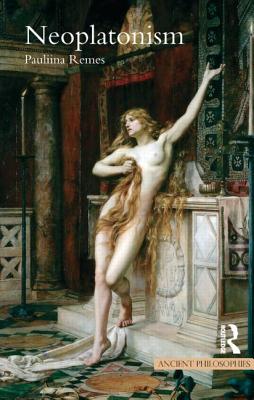 Although Neoplatonism has long been studied by classicists, until recently most philosophers saw the ideas of Plotinus et al as a lot of religious/magical mumbo-jumbo. Recent work however has provided a new perspective on the philosophical issues in Neoplatonism and Pauliina Remes new introduction to the subject is the first to take account of this fresh research and provides a reassessment of Neoplatonism's philosophical credentials. Covering the Neoplatonic movement from its founder, Plotinus (AD 204-70) to the closure of Plato's Academy in AD 529, Remes explores the ideas of leading Neoplatonists such as Porphyry, Iamblichus, Proclus, Simplicius and Damascius as well as less well-known thinkers. Situating their ideas alongside classical Platonism, Stoicism, and the neo-Pythagoreans as well as other intellectual movements of the time such as Gnosticism, Judaism and Christianity, Remes provides a valuable survey for the beginning student and non-specialist.

Pauliina Remes is a lecturer in theoretical philosophy at Uppsala University, Sweden. She is the author of Plotinus on Self: The Philosophy of We.
Loading...
or support indie stores by buying on