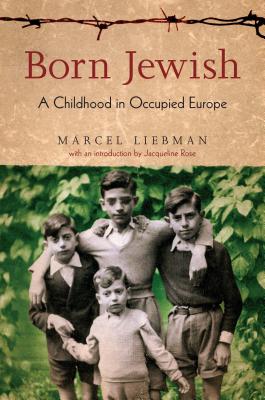 A Childhood in Occupied Europe

Marcel Liebman was one of post-war Europe’s preeminent Marxist intellectuals. This, his memoir of Nazi-occupied Belgium, is both an elegy and an indictment. Liebman’s account of his childhood in Brussels under the Nazi occupation explores the emergence of his class-consciousness against a background of resistance and collaboration. He documents the internal class war that has long been hidden from history: how the Nazi persecution exploited class distinctions within the Jewish community, and how certain Jewish notables collaborated in a systematic programme of denunciation and deportation against immigrant Jews who lacked the privileges of wealth and citizenship.

Born Jewish is a fierce, powerful and subtle account of the Liebman family’s struggle to survive persecution and terror, a story rich with insight, humour and lyricism.

Marcel Liebman (1929–1986), a Belgian historian, is the author of Leninism Under Lenin and The Russian Revolution.

Jacqueline Rose is Professor of English at Queen Mary University of London. Her books include Sexuality in the Field of Vision, The Question of Zion, and the novel Albertine.

Praise For Born Jewish: A Childhood in Occupied Europe…

“An engrossing and moving yet coolly dispassionate memoir. Going against the grain of Holocaust orthodoxy, Liebman depicts Jewish life under occupation in all its hues—including the craven complicity of the Jewish council—as well as the many, if still too few, acts of solidarity by Belgian workers, Communists and enlightened Catholics.”
—Norman Finkelstein
or
Not Currently Available for Direct Purchase
Copyright © 2020 American Booksellers Association