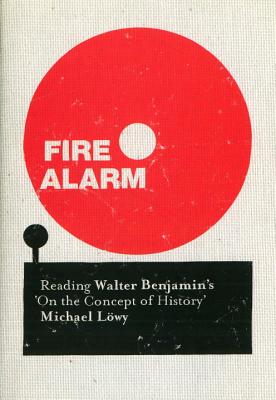 Reading Walter Benjamin's 'On the Concept of History'

Revolutionary critic of the philosophy of progress, nostalgic of the past yet dreaming of the future, romantic partisan of materialism... Walter Benjamin is in every sense of the word an &ldquo;unclassifiable&rdquo; philosopher. His essay &lsquo;On the Concept of History&rsquo; was written in a state of urgency, as he attempted to escape the Gestapo in 1940, before finally committing suicide.

Michael Lowy argues that it remains one of the most important philosophical and political writings of the twentieth century, in this scrupulous, clear and fascinating examination. Looking in detail at Benjamin&rsquo;s celebrated but often mysterious text, and restoring the philosophical, theological and political context, Lowy highlights the complex relationship between redemption and revolution in Benjamin&rsquo;s philosophy of history.

Michael Löwy is Research Director of Sociology at the Centre National de la Recherche Scientifique, Paris. His previous books include Redemption and Utopia: Liberation Judaism in Central Europe, Marxism in Latin America and The War of the Gods: Religion and Politics in Latin America.

Praise For Fire Alarm: Reading Walter Benjamin's 'On the Concept of History'…

“Löwy’s close reading … follows Benjamin’s text thesis-by-thesis, bringing out the salient criticisms of orthodox Marxist discourse and highlighting the interruptions of this discourse, the interruption of the concept of time that is at its foundation, through Benjamin’s insertion of messianic time into the banality of progress.”
—Jewish Quarterly

“Sensitive to Benjamin’s profound anxiety and the tragic vision of the world, Löwy traces the unfurling of this ‘revolutionary melancholia,’ which is haunted by the recurrence of disasters … It is unusual to explore the depths of a text in this manner, but it is true that we have here the text of an exceptional thinker.”
—Le Monde
or
Not Currently Available for Direct Purchase
Copyright © 2020 American Booksellers Association