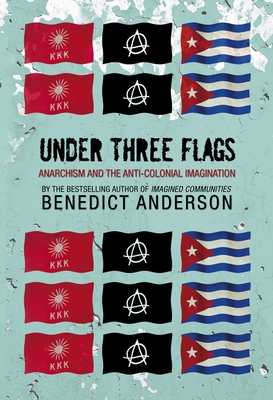 Anarchism and the Anti-Colonial Imagination

In this sparkling new work, Benedict Anderson provides a compelling exploration of late-nineteenth-century politics and culture against a background of militant anarchism in Europe and the Americas. Jose Marti’s armed uprising in Cuba and anti-imperialist protests in China and Japan. Anderson charts the complex intellectual interactions of two great Filipino writers – the political novelist Jose Rizal and the pioneering folklorist Isabelo de los Reyes – with avant-garde European literature and politics, connecting nationalist movements of the era.

Under Three Flags is a brilliantly original work on the explosive history of national independence and global politics.

Praise For Under Three Flags: Anarchism and the Anti-Colonial Imagination…

“Anderson presents his case with the zeal of a researcher uncovering hidden history, referencing an impressive range of sources in multiple languages ... The volume provides fascinating insights into the global flow of anarchic and anti-colonial ideas.”—Publishers Weekly

Benedict Anderson is Aaron L. Binenkorp Professor of International Studies Emeritus at Cornell University. He is editor of the journal Indonesia and author of Java in a Time of Revolution, The Spectre of Comparisons: Nationalism, Southeast Asia, and the World and Imagined Communities.
Loading...
or
Not Currently Available for Direct Purchase