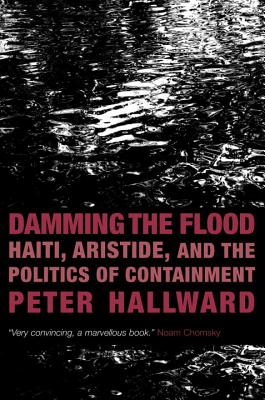 Haiti, Aristide, and the Politics of Containment

Once the most lucrative European colony in the Caribbean, Haiti has long been one of the most divided and impoverished countries in the world. In the late 1980s a remarkable popular mobilization known as Lavalas, or “the flood,” sought to liberate the island from decades of US-backed dictatorial rule. After winning a landslide election victory, in 1991 the Lavalas government led by President Jean-Bertrand Aristide was overthrown by a bloody military coup. Damming the Flood analyzes how and why Aristide’s enemies in Haiti, the US and France made sure that his second government, elected with another overwhelming majority in 2000, was toppled by a further coup in 2004.

The elaborate international campaign to contain, discredit and then overthrow Lavalas at the start of the twenty-first century was perhaps the most successful act of imperial sabotage since the end of the Cold War. Its execution and its impact have much to teach anyone interested in the development of today’s political struggles in Latin America and the rest of the post-colonial world.


Praise For Damming the Flood: Haiti, Aristide, and the Politics of Containment…

“Damming the Flood is an excellent book, the best study of its kind. It offers the first accurate analysis of recent Haitian history, and of its history in the making. Finally, we have an honest rendering of how the Haitian poor sought to advance their struggle for dignity at the close of the twentieth century, and of the forces that have stymied their struggle. Hallward’s new book is required reading for anyone who seeks to know Haiti and to understand the forces arrayed against all those who believe in genuine democracy.”—Paul Farmer

“Very convincing, a marvelous book. This riveting and deeply-informed account should be carefully read by those who recognize that Haiti’s tragic history is a microcosm of imperial savagery and heroic resistance—resistance which, as Hallward argues, will continue to shape Haiti’s political future if its people are granted the opportunity to take their fate into their own hands.”—Noam Chomsky

“Damming the Flood demonstrates that, contrary to what so many self-proclaimed experts have led us to believe with the steady diet of half-truths and outright lies they have been feeding us, it is indeed possible to ‘get Haiti right.’ All it takes is a healthy dose of respect for a nation and a people so deserving of it, and an uncompromising devotion to the truth.”—Patrick Elie, former Secretary for National Defense, Haiti

Peter Hallward teaches at the Centre for Research in Modern European Philosophy at Kingston University, London. He is the author of several books including "Absolutely Postcolonial," "Badiou: A Subject to Truth, ""Out of This World: Deleuze and the Philosophy of Creation," and "Damming the Flood."
Loading...
or
Not Currently Available for Direct Purchase