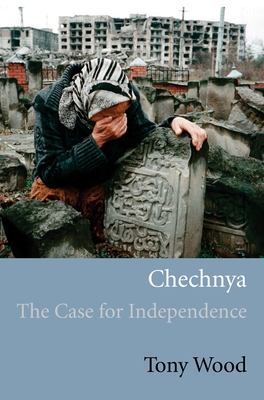 The Case for Independence

The Case for Chechnya sharply criticizes the role of Western nations in their struggle, and lays bare the weakness—and shamefulness—of the arguments used to deny the Chechens’ right to sovereignty. Tony Wood considers Russo-Chechen relations over the past century and a half, as well as the fate of the region since the fall of the Soviet Union.

Tony Wood is Assistant Editor at New Left Review; his work has appeared in the Times Literary Supplement and the London Review of Books, among other periodicals.

Praise For Chechnya: The Case for Independence…

“A passionate and eloquent case for Chechen statehood, well researched and reasoned. Whatever one thinks of state sovereignty these days, this political project demands serious engagement, and his humanitarian concerns cannot be ignored.”—Georgi Derluguian

“Tony Wood’s book is an antidote to the prevailing wisdom that Chechnya’s rebels have always been nihilists and terrorists. He reminds us that a decade ago the Chechens were demanding nothing more than many other small peoples at the time of the Soviet breakup—statehood and a new start. In a world of cynicism and ignorance, Wood offers facts that many will find inconvenient and lays out an argument for which many thousands of Chechens—mistakenly or not—suffered and gave their lives.”—Sebastian Smith
or
Not Currently Available for Direct Purchase
Copyright © 2020 American Booksellers Association