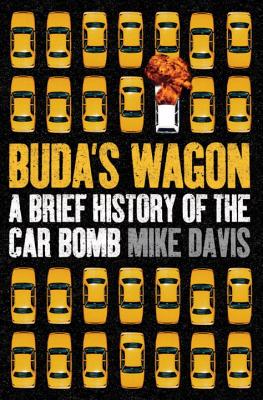 A Brief History of the Car Bomb

In this brilliant and disturbing history, Mike Davis traces itsworldwide use and development, in the process exposing the role ofstate intelligence agencies—particularly those of the United States,Israel, India, and Pakistan—in globalizing urban terrorist techniques.Davis argues that it is the incessant impact of car bombs, rather thanthe more apocalyptic threats of nuclear or bio-terrorism, that ischanging cities and urban lifestyles, as privileged centers of powerincreasingly surround themselves with “rings of steel” against a weaponthat nevertheless seems impossible to defeat.

Praise For Buda's Wagon: A Brief History of the Car Bomb…

“Typical of Mike Davis, this extraordinary book is a brilliant antidote to official history, allowing us to understand how the weak have fought back, ingloriously, against the onslaught of the strong.”—John Pilger