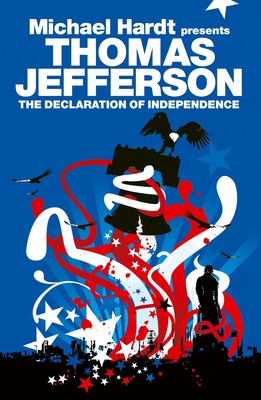 The Declaration of Independence (Revolutions)

Co-author of the groundbreaking Empire and Multitude, Michael Hardt examines the Declaration of Independence and other texts by Jefferson, arguing that his powerful concept of democracy provides a biting critique of the current American administration. Introducing this collection of Jefferson&rsquo;s writings, Michael Hardt makes a powerful case for re-examining the foundational writings of this American revolutionary in order to reignite the dialogue that first conceived of a &ldquo;land of the free.&rdquo;

Praise For The Declaration of Independence (Revolutions)…

&ldquo;The tree of liberty must be refreshed from time to time with the blood of patriots & tyrants. It is its natural manure.&rdquo;—Thomas Jefferson

Thomas Jefferson was the third President of the United States (1801–1809), the principal author of the Declaration of Independence (1776), and one of the most influential Founding Fathers for his promotion of the ideals of republicanism in the United States. He envisioned America as the force behind a great &ldquo;Empire of Liberty&rdquo; that would promote republicanism and counter the imperialism of the British Empire.
Loading...
or
Not Currently Available for Direct Purchase